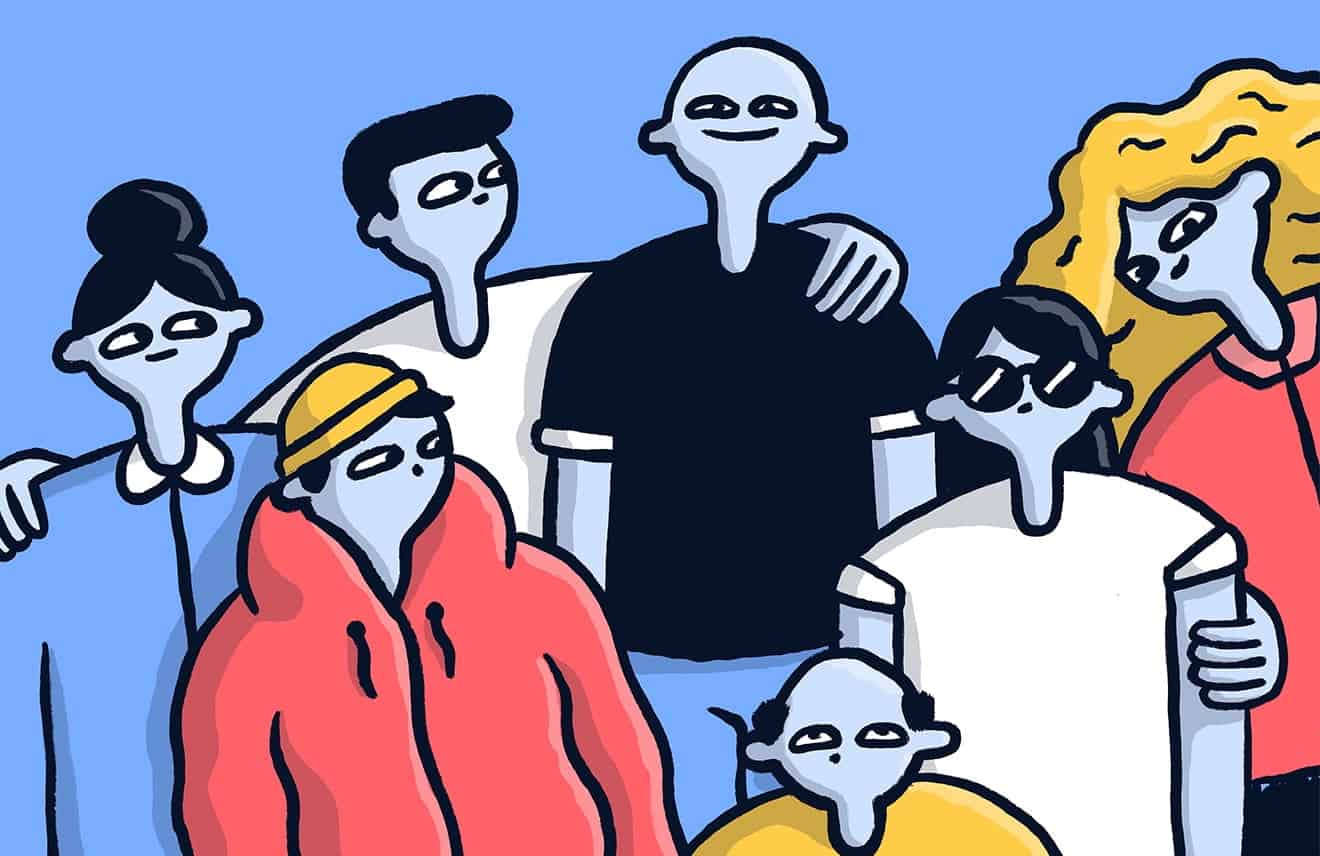 Meet our Board Members, Advisors and Department Leads

The Bidstack team has grown out of a determination to revolutionise in-game advertising and monetisation. We’re proud of the amazing team we’ve built.

Donald joined Bidstack in November 2018 and chairs our board. He is a solicitor and has practiced corporate law for almost 30 years. Between 2013 and 2015 he was on the board of Progility Plc and, prior to that, was a corporate partner of a global law firm. He is a former Director and Chairman of the Quoted Companies Alliance, the UK not-for-profit organisation dedicated to promoting the cause of smaller quoted companies.

James founded Bidstack in 2015 utilising more than 15 years of commercial experience to launch his own business. Since the initial launch he has seen the company grow from a one man operation to an international business which trades on the London Stock Exchange. Under his stewardship, Bidstack became the first ever Crowdcube funded company to go public and he pivoted the business into gaming in 2017. James leads the business as a whole and is responsible for the company's direction, growth, development, and vision.

Francesco has more than 15 years of international, commercial and startup experience. As a founder of multiple tech startups, he joined Bidstack in 2015 as CTO and co-founder, here he focused on shaping the development of the in-game advertising category, evolving Bidstack’s tech ecosystem and driving innovation and growth. Fran now leads the team’s commercial strategy across all aspects of the business.

Lisa joined Bidstack in May 2020 with c.15 years experience most recently at WPP a FTSE 100 where she led investor relations and Jefferies where she was an equity analyst heading up coverage for European Media and Internet. Lisa oversees the day to day operations for Bidstack and works closely with the management team on strategy, corporate and business development. Lisa graduated from the University of Technology, Sydney in 2006 and is a qualified Chartered Accountant.

Bryan is a tech, media and gaming veteran who adds a great deal of experience and knowhow to our advisory team. He became a Bidstack advisor in October 2019 and brings more than 25 years of leadership experience from his time with Electronic Arts (EA). There he played a key role in their IPO, oversaw global business development efforts, served as their CFO and COO and headed up their Global Operations team. Bryan currently serves as the CEO of Gatepath and serves on the board of directors for three businesses.

Glen has been COO of Fnatic Ltd, widely regarded as one of the biggest brands and most successful esports teams, since January 2019. He will be launching Kaizan.ai, an AI start up that augments the intelligence of teams later this year. Previously Glen was a founder and CEO of programmatic marketing company Affectv and, prior to that, a member of the founding team at Struq, an advertising personalisation platform, which was acquired by Quantcast in 2014. Glen joined Bidstack's advisory board in August 2020. He brings considerable experience to the Company including strong relationships across the sector and among the investor community.

Andrew joined our advisory board in February 2020 adding extensive experience and knowledge of the gaming industry. Andrew began his career with Sony in Tokyo and served as CMO, Co-CEO and group CEO of Sony Interactive Entertainment (SIE) Europe before leading as President and Group CEO of SIE Inc between 2013-2017. House is credited with helping Sony’s PlayStation reach a mainstream audience, and was responsible for driving the record-breaking launch of the PS4 in 2013.

Mike brings more than 30 years video games industry experience to our team. He spent eight years at SEGA, latterly as CEO of SEGA Europe and America. For 5 years prior to SEGA, he was Sales and Marketing Director on the Board of Codemasters, the award­ winning British developer and publisher of high quality racing games. Mike was Sales and Marketing Director at Nintendo for 5 years, responsible for hardware and software. Mike is currently an Investment Director at AIM listed Mercia Technologies PLC, where he is Head of Digital & Digital Entertainment.

Will joined our advisory board in April 2019 adding experience and knowledge of both gaming and advertising. He previously served as the CEO of AdColony, a video advertising platform reaching over one billion consumers globally. Before AdColony Will was the Senior Vice President of Global Brand Management at Activision Blizzard for 13 years, growing franchises such as Tony Hawk’s Pro Skater, Guitar Hero and Call of Duty. He also spent five years at The Walt Disney Company, helping launch Disney Interactive and some of its games such as Aladdin, Lion King and Toy Story. He is currently the President of Los Angeles based Omaze who offer once-in-a-lifetime experiences to raise funds and awareness for good causes.

Bhavesh joined Bidstack in 2020, bringing over 14 years of financial experience gained in high-growth technology enterprises, and comes with a proven track record in building and leading high-performing finance functions that support ambitious expansion. Before joining Bidstack, Bhavesh was Head of Finance for Reward Insight Ltd, a technology platform powering loyalty programmes for banks across EMEA, where he oversaw revenue growth from £2m to £30m. Verisk Financial (NASDAQ: VRSK), a leading data analytics provider, acquired a strategic stake in Reward in 2020. At Bidstack, Bhavesh oversees and provides leadership on the Finance and Accounting functions of Group, and is an associate of the Chartered Institute of Management Accountants (ACMA).

Dave joined Bidstack in 2020, bringing more than a decade of commercial, media, competition, technology and privacy law experience to the team. Dave previously held senior leadership team positions within is previous in-house roles including Sony DADC International following his time in private practice, where he advised a diverse portfolio of technology, media and e-commerce start-ups. Dave oversees the Legal, HR and Business Operations functions of the group.

Lewis is a media, agency and adtech veteran. In 2008 he joined WPP to build the industry's first trading desk from the ground up which over a 4 year period culminated in the Xaxis brand launch. He then joined adap.tv in 2012 to bring programmatic (DSP/SSP/exchange) video to the EMEA region. Adap.tv was bought by AOL in 2013, a year later AOL was bought by Verizon. He joined Bidstack in 2019 to lead the growth of our sales efforts internationally. He is responsible for the global demand and supply side of the business, encompassing agencies, trade desks, clients direct, broader strategic partnerships and also publisher title acquisitions.

Alex joins Bidstack after 5 years at EA where he led sales marketing strategy across the company’s Mobile, HD and Competitive Gaming portfolios, and was most recently the Head of Commercial Partnerships for the EA SPORTS Madden NFL Franchise. On Madden NFL, Alex drove 360 partnership programs with major brands such as Gillette, Verizon, Oakley, Snickers, Campbell’s Chunky, and most notably, Pizza hut – brokering first-ever virtual stadium rights deal in history. At Bidstack, Alex will continue to push the boundaries of innovation in gaming and esports through strategic partnerships with brands, publishers, and licensed properties in the world of sport.

With 10 years commercial experience in programmatic advertising and emerging media channels, Yasin has conceptualised and implemented the programmatic strategies for a number of start-ups and traditional publishers, including Newsweek. Having also spent some time at the Association for Online Publishers (AOP), he has also been a pivotal figure in solving the problems of our ad tech ecosystem. Yasin joined Bidstack in early 2020 and is responsible for growing Bidstack's programmatic offering globally.

Adam joined Bidstack in 2019 as the company's first US-based employee. He has more than 15 years experience in media and adtech, having held programmatic commercial roles at Unity, Unlockd, YuMe (Rhythm One) and AddThis (Oracle). At Bidstack, Adam is responsible for growing our commercial profile in the US. He manages relationships with advertising agency groups, trade desks, and brands directly whilst overseeing broader strategic gaming partnerships for the business.

Antoine is specialised in the Digital Environment, Gaming and Ad-Tech industry. In 2016, he joined the French ad-exchange Mozoo, to develop Surikate in Europe, the direct performance arm of the business (UA), with leading apps and games. Due to a significant growth, the business acquired AdinCube in 2017, a leading ad-mediation for gaming app developers, where Antoine's expertise has been used to secure publisher partnerships across the EMEA region. Adincude was bought by Ogury in 2018, where Antoine successfully built the gaming publisher portfolio from the ground over a 3 year period. He joined Bidstack in 2021 to lead and scale up publisher partnerships growth globally, and is responsible for the global supply side of the business and publisher title acquisitions.

With more than 8 years creative experience, Will joined the Bidstack team in 2018 having worked with leading brands including Unilever, Red Bull, Verizon, Vodafone, OKO, Nos TV and Oncue. He is responsible for leading our growing Design team and building a bold, confident brand that captures the excitement of what we do. As Creative Director, Will keeps his finger firmly on the pulse to make sure that our products can fully embrace new technologies as the gaming scene evolves.

Lewis joined Bidstack in July 2018 and helped to redefine the company’s brand identity and messaging as the company pivoted into gaming and floated onto the London Stock Exchange. With over 13 years of international experience in commercial and marketing roles, Lewis has led teams across the UK, Ireland and The Netherlands. He is responsible for overseeing our digital marketing, research, insights and guiding the company’s ambitious growth plans alongside our leadership team.

Jenny brings 10 years of digital media experience to the team, having previously worked across ad operations, campaign management, client services and account management. Jenny joined Bidstack in October 2020, and is responsible for ensuring clients and publisher partners receive the best level of service from running campaigns to the smooth onboarding of our tech.

Jev is Bidstack's Technical Product Director, and a member of our Tech Leadership group in Riga, bringing more than 8 years of development experience to the role. He is responsible for roadmapping our tech, coordinating and organising the Tech team, and overseeing the delivery of our innovative tech products.

With more than 10 years of development experience, Kirill is Bidstack's Technical Director and a key member of the Tech Leadership Group in our Riga office. He is responsible for software development and mapping the tech architecture of our products. Kirill specialises in Google’s cloud platform and likes to explore innovative new technologies that can improve our offering.

Artūrs brings over 10 years of valuable development experience to our Tech Leadership Group based in Riga. He specialises in producing code and is responsible for developing our tech stack.

Grace joined Bidstack in 2018, adding 7 years of media and adtech experience to the team. She leads the Client Services and Operations teams at Bidstack, making sure that campaigns run smoothly and clients receive the highest level of customer service. Grace plays a key role in shaping our operational strategy and in building long lasting relationships with clients and partners.