Bidstack is pleased to announce the launch of Bidstack Sports – a dedicated division formed to expand the scope of access and depth of activation for sponsorship and fan engagement models in virtual sports environments. A multi-year technology partnership with SimWin Sports coincides with the launch and will see the world’s first virtual fantasy sports league integrate Bidstack’s enterprise technology across its growing universe of sports franchises and properties.

The foundational product launch for Bidstack Sports is a first-of-its-kind tech solution that enables both league and club rights holders to instantaneously deliver dynamic content and messaging within their virtual stadiums and environments, supporting the versatile control of highly-valuable digital spaces. This marks a step change for traditional sports sponsorship by establishing a technological gateway that enables real and virtual world activations to operate in parallel, unlocking new complementary revenue models, whilst simultaneously supporting next-gen fan engagement and continued industry growth.

“Each year, the advancements in sports simulation gaming are bringing fans closer to the real-world experience – from gameplay animation and athlete likenesses to the environmental and atmospheric detail of the most iconic venues in sport. Our mission is to help amplify that evolving realism, while introducing innovative commercial growth and fan-engagement opportunities in the virtual space made possible through Bidstack’s tech. The new product we’ve created addresses the largely untapped media values available for the sports industry in gaming by enabling publishers and rights holders to natively monetize and dynamically communicate inside virtual stadiums through a controlled content management dashboard. This tech solution represents a remarkable opportunity to drive net-new sponsorship revenues and increase communication with the next generation of fans”.

“We’re incredibly proud to launch Bidstack Sports with SimWin Sports, a first-of-its-kind platform that resembles a traditional sports architecture of individual leagues and franchises portrayed in the virtual space; this partnership showcases the power, sophistication and control of Bidstack tech and shines the light on our potential to expand to every corner of the sports industry.” 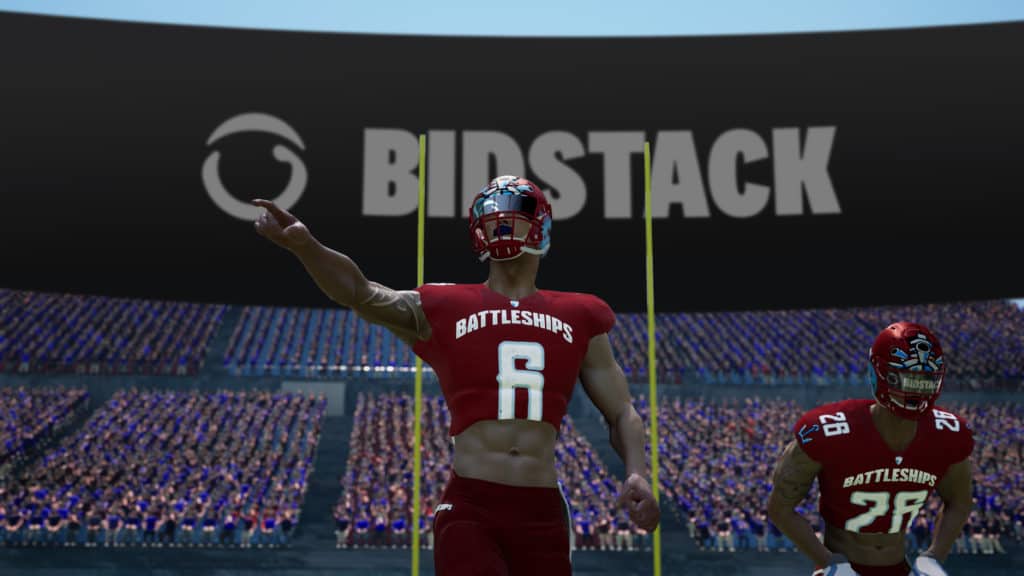 SimWin Sports, the world’s first virtual sports league that provides daily fantasy players and esports fans with the ability to watch, predict, collect, play, and earn, will launch with a league of 32 American football teams before spanning out to basketball, soccer and other sports with teams and franchises under the stewardship of celebrity owners and sports stars, including Magic Johnson and Jerry Rice. Bidstack’s technology and new rights holder product will underpin SimWin’s stadium sponsorship and marketing ecosystem by allowing franchise owners to manage and monetise virtual environments through advanced audience targeting, native rendering and data processing capabilities.

SimWin Sports is led by fellow EA SPORTS veterans David Ortiz and Tom Goedde, with over 30 years of gaming experience each. In his video game career, Goedde excelled at product, brand and athlete marketing, and parlayed that into an impressive Real Money Gaming career launching the first U.S. online sportsbooks with DraftKings and taking them public prior to spearheading SimWin with Ortiz. Ortiz has been involved in the gaming industry since college and, through his innovation, has earned several prominent gaming awards, including a spot on the 100 Most Influential People in Gaming list.

“Bidstack’s technology is a natural fit to power sponsorships in our sports metaverse. Advertising is critical to success in real-world and digital sports leagues, and Bidstack brings superior technology and capabilities to the games. Their ability to segment, target, and serve integrated, immersive ads authentically within the SimWin universe enables our franchise owners to curate unique stadium atmospheres for sponsors and fans. These uniquely designed game developer tools are unlocking new levels of growth potential for SimWin Sports.”

“Bidstack takes SimWin’s in-game advertising capabilities to the next level. My San Diego Battleships team utilizes this tech to mirror every aspect of a traditional pro sports sponsorship inventory, from ad space across jumbotrons and ribbon boards to stadium naming rights and jersey patch sponsors. With Bidstack, SimWin franchises maintain full creative control, supported by a range of data-targeting and advanced reporting capabilities that help demonstrate clear value to our sponsors. This tech is delivering the next generation of sports advertising within the next generation of sports gaming, and I’m excited to be a part of it all.” 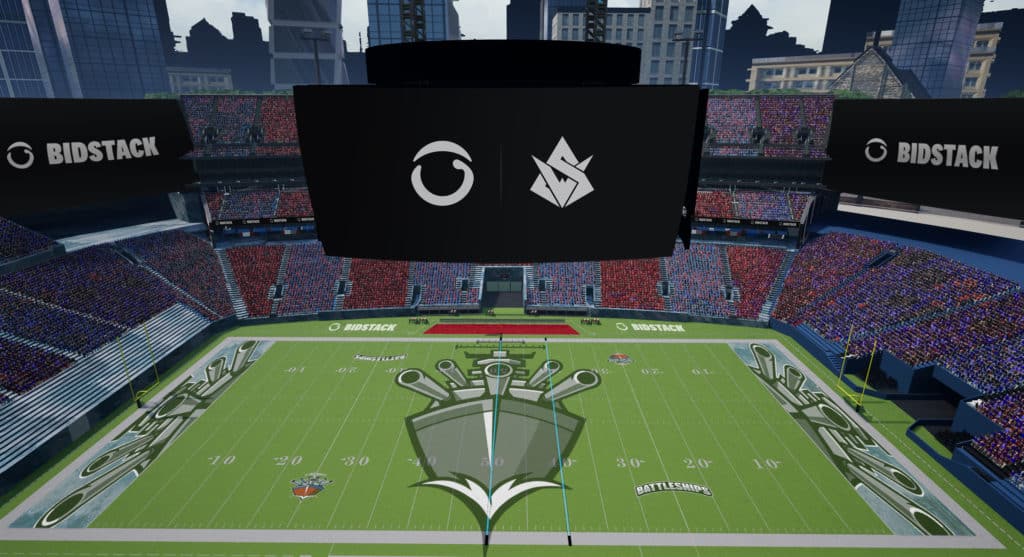 Bidstack Sports will build on existing ties to the sports industry, which began with the iconic Football Manager franchise in 2017. James Draper, Founder and CEO of Bidstack, initially formed the lasting bonds between the company and both Football Manager’s Sports Interactive and Norwich City FC, which recently renewed its longstanding relationship with Bidstack to serve as its esports sponsor and fan engagement partner.

“Bidstack has been inseparable from the sports industry since we signed Football Manager more than five years ago. Even back then, as a small startup, we had the conviction to sponsor Norwich, knowing that sports would play a huge role in our future. I’m thrilled that Bidstack Sports will intensify our company’s bond to the sports industry.”

Bidstack’s in-game advertising technology has already been integrated into dozens of sporting titles, with the latest product iteration set to further develop Bidstack’s existing partnerships and introduce new growth strategies that accelerate an era of innovation within the sports industry.

SimWin Sports is the world’s first virtual sports league that provides daily fantasy players and esports fans the ability to watch, predict, collect, play, and earn. 24/7-365. It’s the first digital sports league to utilize cutting-edge blockchain technology to render teams as NFTs – owned by some of your favorite athletes and celebrities – and to enable fans to collect, trade and manage virtual players. Participate in daily fantasy and season-long SimWin fantasy competitions. To learn more, visit simwinsports.com.