Bidstack will deliver contextually relevant, realistic and unintrusive ads designed to fit seamlessly into the in-game environment in Real Cricket 20 – reaching an avid and growing audience of mobile gamers as the Indian Premier League season gets underway.

The brand-safe and highly viewable ads will allow Nautilus Mobile to monetise natural spaces that exist within their game programmatically. Leveraging Bidstack’s strategic partnerships with a network of global advertising agencies and brands, the game developer will be opening up a new incremental revenue stream to complement their existing monetisation strategy.

Real Cricket 20 is the latest instalment of the critically acclaimed Real Cricket™ franchise. With over 50 million downloads across the series, Real Cricket™ has established itself as a popular choice amongst cricket fans and as a leader in its genre. Nautilus Mobile is an independent mobile game development studio based in India, which has a burgeoning mobile gaming market. KPMG estimates that there are more than 300m gamers in India with that number expected to rocket to 440m by 2022.

Bidstack is the first company to develop technology that allows adverts to be served programmatically into natural spaces within video games. It is also the first multi-device in-game advertising platform to achieve the IAB UK’s Gold Standard Certification. The Gold Standard is designed to reduce ad fraud, improve the digital advertising experience and increase brand safety for brands and consumers alike.

This new partnership diversifies Bidstack’s portfolio of gaming titles and expands its global reach, creating new opportunities for brands and advertisers to target an engaged audience in new markets.

Bidstack’s VP of Gaming Charlotte Cook said “We are thrilled to add Nautilus as an exclusive partner to our growing gaming client base and extend Bidstack’s global footprint. India is a very important market strategically, especially for mobile gaming and it is great to be launching with Real Cricket 20 just as the Indian Premier League returns.”

Michel, Founder and Director of Nautilus Mobile, added “We at Nautilus Mobile are delighted to partner with Bidstack. We believe that Real Cricket 20 has redefined cricket games on mobile with its authentic and complete cricketing experience. With Bidstack’s real-world ads being introduced and the ongoing IPL being the icing on the cake, we look forward to maximising revenues in a new and unintrusive way.”

Bidstack is the leading in-game advertising platform. They bridge the gap between game developers and advertisers by enhancing the gaming experience with real-world ads.

Bidstack unlocks gaming for advertisers allowing them to reach a captive audience in a creative, effective and engaging way. Whilst game developers leverage their platform and expertise to open up a new, incremental revenue stream.

Nautilus Mobile is an independent mobile game development studio based in Pune, India and headquartered in Hyderabad, India.

They are committed to developing and publishing high-quality cricket games and their skillset and passion has allowed them to make products which are recognised worldwide for their excellence.

In the past 6 years, Nautilus Mobile have nurtured and built an award-winning franchise, Real Cricket™, whose line of cricket games are the leader in their genre. 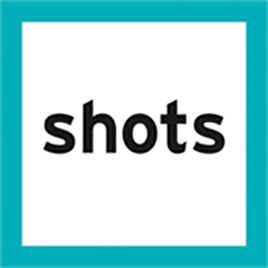 Bidstack News  |  August 11, 2020
The Bidstack Bulletin: 11th August 2020
Each week the Bidstack team curate the most interesting stories from the world of gaming, advertising and esports to help you keep ahead of the pack when it comes to in-game advertising. Discover the most interesting news and views from the past week below. Want to keep up to date with Bidstack Bulletin? Click here...